A downloadable game for Windows

looking nice according to gameplay video ^^ 👍.

But the Title Name looks off to me . Are you sure your trying to make nudism and naturism gamers friendly on this game’s future ?
Because the “Naughty” word in this game title is unfitting .

The game was made on a Game Jam and the name was generated using random game name generator. We had to fit the gameplay to the name.

Pretty creative!
I'll be sharing this in a few nudist Discord servers, 'cause this is gold! XD

I want to sue you to make your games kid-friendly, which means no nipples on girls and no genitalia at all.

I've already answered that on the other comment sections of my games, but I will answer it here again, so other people seeing the game can read it as well...

My games are not adult games.

They are just platform adventures with puzzle mechanics... nothing wrong about that... In fact, I even bothered using a "punch" sound for the hits, instead of slices, just to make the first one less violent.

However, they are naturist games.

Therefore, the nudity is there depicted as something completely normal and natural, and there is nothing wrong with it.

Knowing that there are people who are offended by nudity, I've even put a warning message in the games, so no one will get in it unknowingly.

But again, the body is not an "adults only" stuff. In fact, naturist environments are pretty family-friendly, and it has been proved that people who grow in these, tends to be more emotionally and psycologicaly healty than most people who does't.

The naturist life-style is not only not harmfull, but it also have several benefits for physical, psycological and emotional health, and also it teaches us to be more accepting and respectful towards ourselves, the others and the nature.

Even so, the naturist comunity has a very low notoriety, with most people and the media only perceiving it through several erroneous and offensive prejudices and misconceptions.

So, as a part of the naturist comunity, I've decided to create content with a larger mainstream appeal aiming for, and representing our comunity, which has almost none of it, and also to try and show to the world a more natural, casual and taboo-free view on nudity and the body.

Hope you can understand.

Here's proof, the nudity is as inappropriate as bloody violence.

Violence is about causing harm, pain and suffering, while nudity is nothing but the natural state of our bodies.

Now if you want a prrof of anything, you can just take the fact that, except for the human species, literally every single living being in the world live nude, by wich I mean, their natural state of existence...

And none of them have any problem with that.

The only reasons why most people have problems with nudity, is because we've been socialy induced to it, with everything, including the people around us and every single form of media content displaying nudity always as being something ugly, disgusting, shameful, weird, or s**ual... therefore, our brains have been trained to always associate nudity to at least one of those, no matter what.

However, even people from outside the nudist/naturist comunities, that had the oportunity to see the human body without the lens of taboo and unnecessary associations, such as artists who've been through live modelling classes, always mention that as a very positive experience that helped them to break taboos, raise their self-steem and become more open and accepting... they always mention that as a really freeing and liberating experience, that more people should have, to trully understand the real beauty of the human body!

And that is what naturism is about.

Getting rid of all of the taboos and negative views on our bodies, and being able to accept ourselves as we are, free from judgements and other negative social impositions that does nothing but harm us psychologically and emotionally.

I think Joey Nigro doesnt know about non-suggestive nudity,nudism and naturism. I suggest  ignore him.

@Joey How about this proof. Your an SJW -_- . U dont nothing about Naturism and non-suggestive nudity.  So stop trying to force him for  censor. 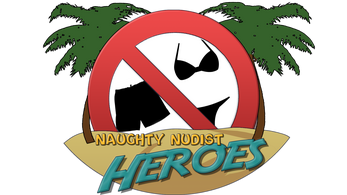